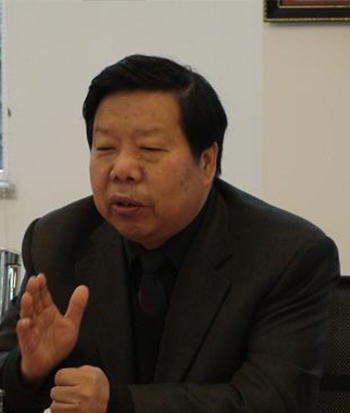 Speech at the 60th Anniversary Celebration of CD

Dear leaders,friends,guests,ladies and gentlemen:
Good afternoon,everyone!
First of all,please allow me,on behalf of all the staff of CD,to pay a visit to all the city and district leaders,industry associations and financial leaders who have been concerned about,supporting and helping the development of our company for a long time,domestic and foreign business partners,comrades in arms;The retired old leaders,old chuandong people and all the staff of our company extend our highest respect and warmest welcome to your presence.
This year is the sixtieth anniversary of the founding of CD.Today we are here to hold a grand celebration of the sixtieth anniversary of the founding of our plant.We are happy,we sigh with emotion,we are excited!
Sixty years ago,a group of old people in CD dried up chemical industry with vat,pots,wooden barrels and basins.Forty years ago,we began to deal with "phosphorus".Using an old equipment,we went on an electric furnace for producing yellow phosphorus.The installed capacity of the furnace was only 400 kilovolt-amperes,and the daily production of yellow phosphorus was less than 200 kilograms.This is probably the smallest electric furnace for producing yellow phosphorus in China and even in the world.Thirty years ago,we have entered the phosphate industry in an all-round way,put on a larger yellow phosphorus production furnace,and use yellow phosphorus to produce phosphoric acid,reprocessing phosphate.However,in Chongqing,there is no phosphate rock resources,and electricity is very tight.In order to survive,on the one hand,we have made comprehensive use of yellow phosphorus tail gas to produce sodium formate products,spread phosphorus ore slag to cement plants as raw materials,recycle mud and phosphorus,and effectively clean up.On the other hand,we have focused on Guizhou,where phosphorus resources are produced.Since 1992,our company has set foot on the fertile soil of Guizhou and started to rent factories and build factories in this place.
1997 is an era of reform and opening up.It is a good time for state-owned enterprises to restructure,reform and rejuvenate.From 1997 to 2006,in Chongqing,Guizhou and Guangxi,with the care and support of local governments,we spent less than ten years merging and acquiring eleven chemical enterprises in difficulty.From then on,we began to embark on the stage of group operation and management.
Since 2001,we have made great efforts to develop and implement the patented technology of using superphosphate instead of phosphoric acid to produce formic acid.It is the first time that CD people have realized their dream of producing sodium phosphate products and deriving formic acid and formate series products.
In 2016 and 2017,according to the national environmental protection relocation policy,in less than two years,we reluctantly shut down,bid farewell to the old CD Chemical Plant,which has supported our production and development for 60 years.In Wansheng,we built a new Chuandong Chemical Plant,which mainly produces fine chemicals.At last,our CD Company realized the transformation from producing industrial chemicals to fine chemicals.Change has brought the development of CD into a new stage.Now we have five production bases under CD Chemical Group Company,covering an area of nearly 2,000 mu,employing nearly 3,000 people,with an annual industrial output value of over 2 billion yuan.The main product,sodium tripolyphosphate,has won the title of "National Brand".Its production capacity and sales volume rank first in the country.This year we will realize our wish of not losing money for 40 consecutive years.

CD Chemical Group Company can achieve today's results:
We will not forget the concern,support and help of the government leaders of the headquarters of the group company and the locations of the production bases.
We will not forget the support and help given by our friends from the financial circles,such as the Inorganic Salt Association and the Industrial and Commercial Bank of China.
We will not forget that a large number of well-known ceramic enterprises,such as Weimei Ceramics,have insisted on using the sodium tripolyphosphate products produced by our company in the past 20 years,so that the sodium tripolyphosphate products produced by our company have occupied a dominant position in the ceramic industry in the past 20 years.
We will not forget that the vast number of domestic and foreign business cooperation friends,for several years,decades have trusted our company,trust our products,our products and sold to the whole of China,sold to the world.
We will not forget the hardships and sweats that have been paid by the CD people from generation to generation.
On behalf of the board of directors of CD Chemical Group Company,I would like to express my sincere thanks to you.
Looking back on the sixty years of CD,we have gone through a bumpy road step by step,but we are a footprint step by step;although we are walking slowly,we are walking steadily;although we have encountered many difficulties and crises,but we have never yielded;although we are not big or strong,but we have been moving forward."Hard struggle,thrift,pragmatic innovation and never being satisfied" is the true summary of our decades of work practice in CD and the soul of our CD people;we have done so in the past and will continue to do so in the future."Pursuing the maximum benefit and repaying the society with actual achievements" is the value that people in CD always pursue.Although we belong to private enterprises,we will never forget our social responsibility.
In the past sixty years,people in CD have gone through both storms and hardships,struggling hard and pioneering work;looking back on the past,they have both worked hard and harvested happiness;looking forward to the future,they have both unknown risks and the call of victory.I firmly believe that when our great motherland and the great Chinese nation realize the great Chinese dream,we in CD will be able to realize the dream of CD people who have struggled for it generation after generation,and the future of CD Chemical Industry Group will be better!
Thank you!